The string transport company developer is recognized as a scientific organization 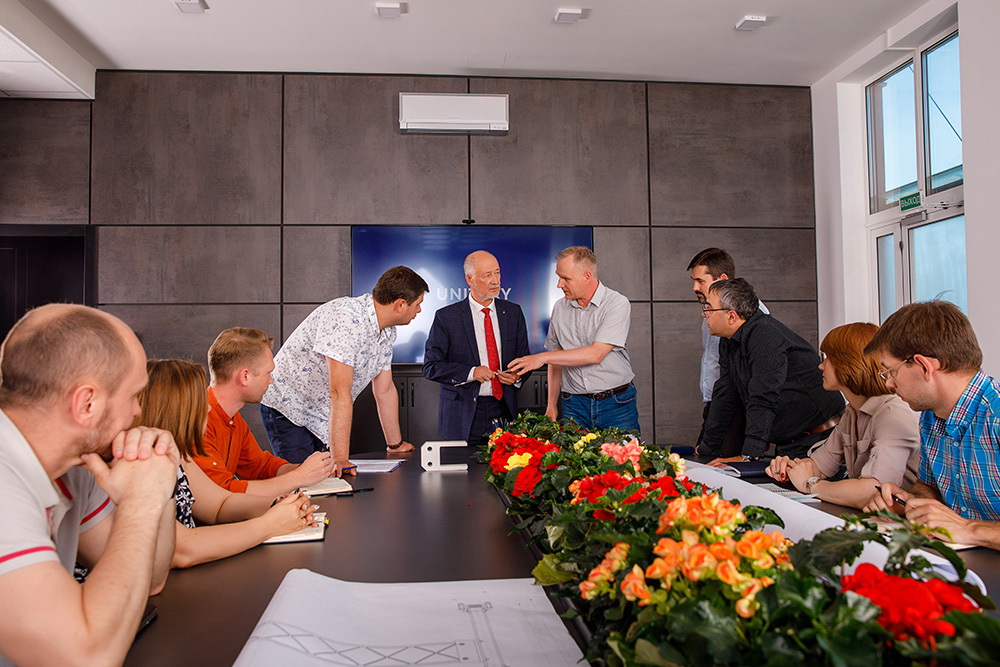 The string transport company developer has been accredited by the National Academy of Sciences of Belarus and the State Committee for Science and Technologies. That allowed the company to obtain the status of a scientific organization.

It should be noted that the string transport company developer was being undergone the accreditation for the first time and immediately received an honorary title. Young commercial organizations have not been able to do this since April 2019. The received status will be valid for 5 years.

The certificate was the result of painstaking work, active scientific activity, taking into account the nuances of legislation, and at the final stage — of the defense procedure at the Academy of Sciences.

Here are just some of the company's scientific achievements:

‒ The company employs 11 candidates of sciences, 5 employees have the academic title of associate professor and more than 10 teach at universities of the country.

‒ Over 5 years, the company's employees have published more than 40 scientific papers, 100 articles and 5 book publications.

‒ In addition, 95 protection documents for objects of industrial property rights were obtained in 5 years, 20 Eurasian patents for inventions were registered from 2019 to 2021, a European patent was obtained for the first time in 2020, and two Chinese patents — in 2021.

‒ In 2021, the state registration of 5 research, development and experimental technological works was carried out.

‒ The company accredited its own Testing Centre in November 2020.

‒ Three international scientific and technical conferences have been held with the help of the company.

The company's future prospects for its scientific activities relate to the further development and implementation of the string transport technology as well as the implementation of targeted commercial projects in various countries. Share the news:
Get the top project news once a week
Previous news

Order a call back